Saint Monica Catholic Academy is the continuation of 130 years of Catholic education in northern Beaver County. We strive to maintain the proud tradition of Catholic education from the schools who comprise this fruitful history. From the founding of the first Catholic school in 1889 until today, both lay and religious teachers have dedicated themselves to the mental and spiritual development of our students as Christ-centered citizens.

As we look forward with hope to our future, we recognize our past and the great sacrifices that have been made by many to provide a Catholic education to the children of the region for over a century. 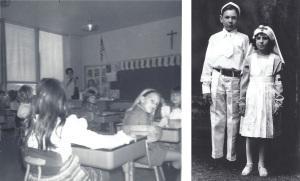 Holy Trinity Catholic School in Beaver Falls opened in 1910 and was dedicated in 1916. Father W. Pawelkiewicz dedicated the new church and school combination with the Bernardine Sisters comprising the teaching staff. The school consisted of grades 1 thru 8 and had 4 classrooms with 2 grade levels sharing each classroom.

Reverend Casimir Koscisz, known as “Father Casey,” was appointed pastor in 1933. During his 27-year stay, the original school building was remodeled. Fr. Frank Kuczinski was pastor until the closing of the school in 1969. At the time of the closing, Sisters of St. Joseph, as well as lay teachers, were on the staff.

A special feature of this school was the teaching of the Polish language and history in addition to the regular curriculum. 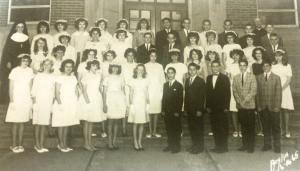 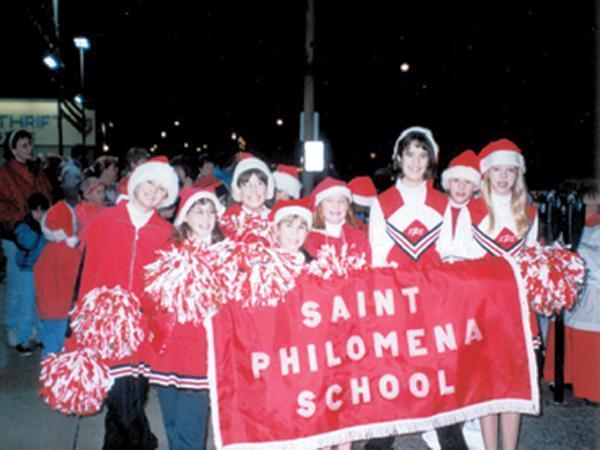 Saint Philomena Catholic School originated with groundbreaking ceremonies on September 21, 1958 under the direction of Rev. Francis J. Hungerman. On November 16, 1958 Monsignor Rieland officiated the laying of the corner stone of the school building.

September 3, 1959 marked the first day of school with three religious from the Sisters of the Holy Family of Nazareth conducting the first classes for 149 children in grades 1, 2, and 3. Sister Benedette Olszewski served as the first principal. Bishop Wright officiated the dedication ceremony on September 27, 1959.

One grade each year was added until all 8 grades were included and the enrollment reached a high of 383. The first graduating class of 8th graders occurred in 1965. The Sisters last taught in the school in 1983 and the school had an all lay faculty beginning in the 1984-85 school year.

The school added Kindergarten in 1982 and remodeled two temporary classrooms in the church basement into four permanent classrooms for the primary grades. The school added a pre-school and toddler program in 1988. Saint Philomena closed after the 2003-04 school year. 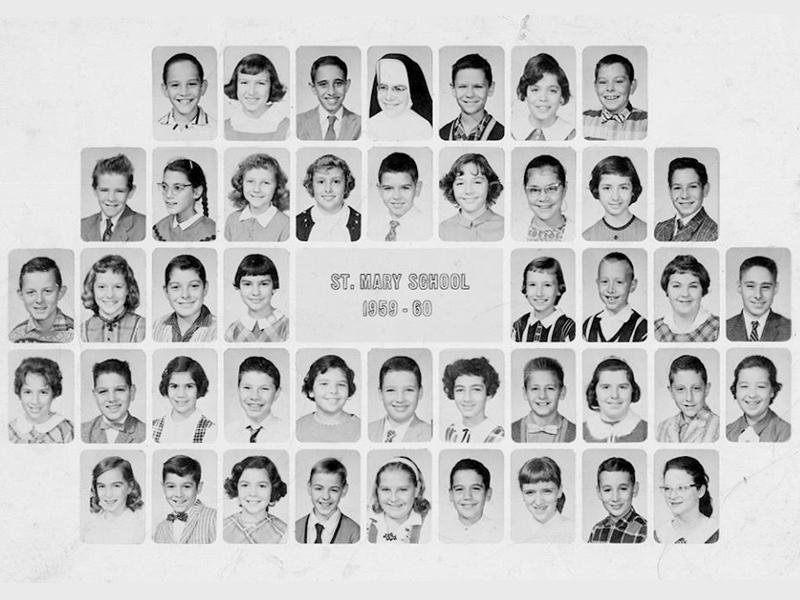 St. Mary’s Catholic School in Beaver Falls was founded in 1889 under the direction of Father Herman Joseph Frueling. The Sisters of Divine Providence taught the first classes in a four-room frame building in the rear of the church.

Enrollment continued to increase until, in 1923, the school moved to the present twelve-room structure. In 1959 the enrollment peaked at 664 students. The original building had been expanded to include three additional classrooms, and the cafeteria, gymnasium, and auditorium were expanded and remodeled. 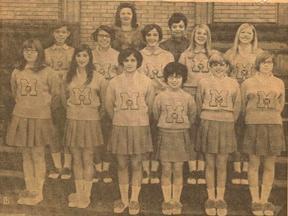 The first lay teacher was hired in 1952. By 1970 the teaching staff was 50 percent lay persons, and by 1980 only 25 percent of the staff was religious. Due to the continuing decline in enrollment and the drop in religious vocations, the religious left the school after the 1983-1984 school year. The school would become Divine Mercy Academy for the 1995-1996 school year.

Divine Mercy Academy was formed after the 1995 parish merger between Holy Trinity and St. Mary parishes. The school utilized the former St. Mary Catholic School building for classes. Divine Mercy Academy continued the mission of developing students wholly. As part of this mission the school partnered with Lincoln Park Performing Arts School in Midland to provide a well rounded art and music program including a Steel Pans ensemble. The school operated through the 2013-14 school year until becoming Saint Monica Catholic Academy.